We have just returned from a short break in Vienna. What a stunning city!

From the moment we arrived, on our first visit to the Austrian capital, our eyes were transfixed by one beautiful building or statue after the other.

Our hotel was a traditional one, chosen for its excellent location, near the centre. 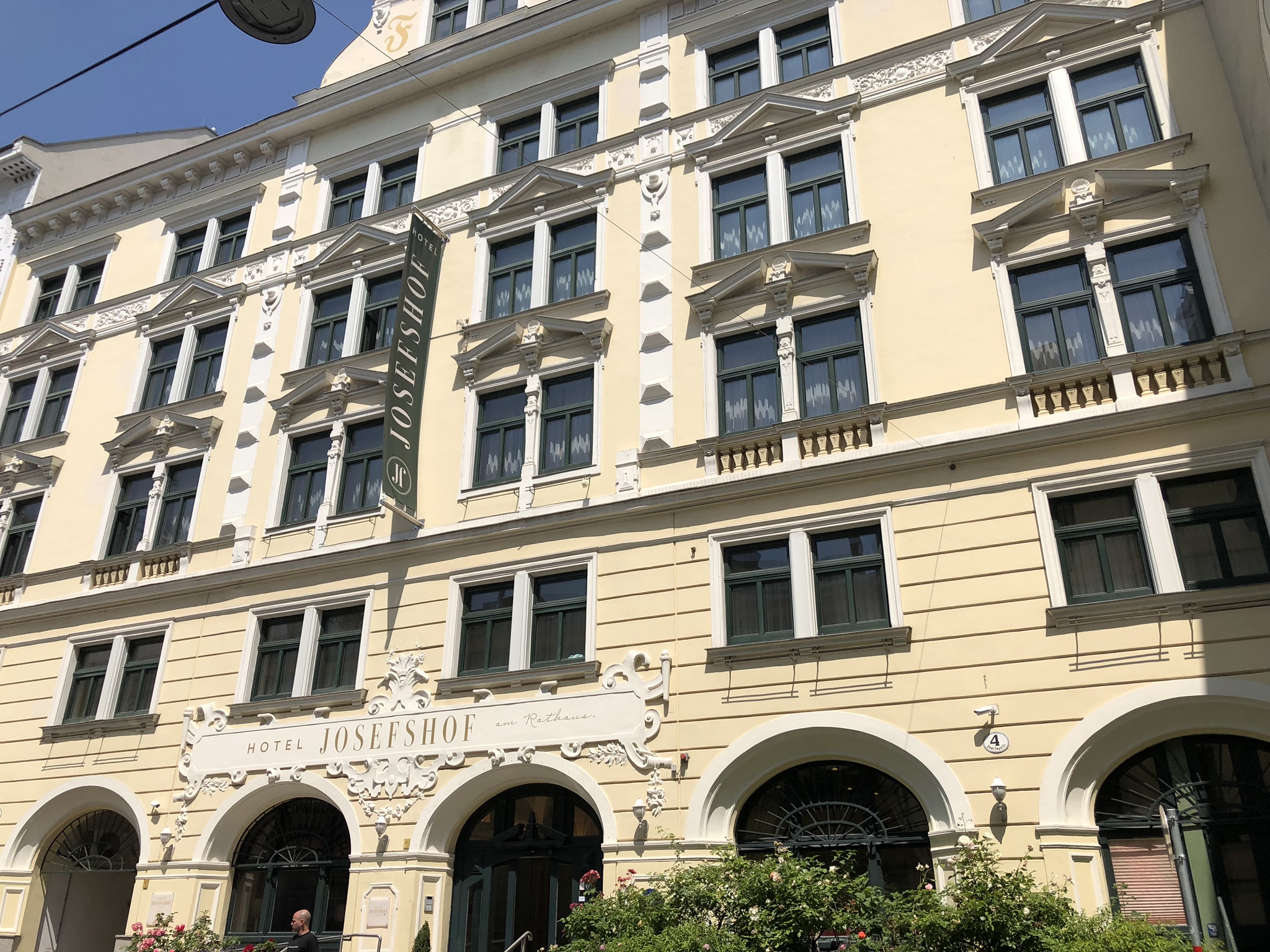 As we were only in Vienna for three full days and four nights, we wanted to make the most of the time we had.

When we arrive in a new city for a short visit, we often start with a ride on a Hop-On, Hop-Off bus.

This is what we did in Vienna. It gave us a taste of the marvellous museums, imposing palaces, monuments and green spaces that abound  in the city.

Based on the bus tour, we then decided what we wanted to visit in more detail. There are over 20 potential stops but rather than actually hopping on and off, we did the whole trip. We followed this with a self-guided walking tour.

There is so much to see that it is difficult to pick out the high spots. The pictures below were taken as we walked from the hotel to the bus stop. 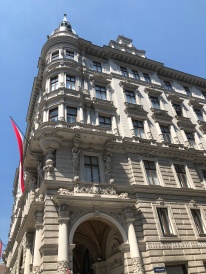 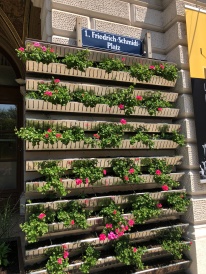 It was blisteringly hot for the few days we were in Vienna. Thankfully, there were plenty of cafes where we could enjoy a nice, cool beer! 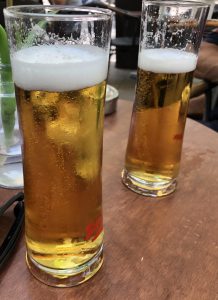 Or water! There are lots of opportunities for a refill as you travel around. All free and delicious spring water.

Here are just a few photos from the bus. As is often the case, I was so engrossed with what we were seeing, that I forgot to take many! The ones below include the Prater Amusement Park with its Giant Ferris Wheel, the Danube Tower and the St Francis of Assisi Church. 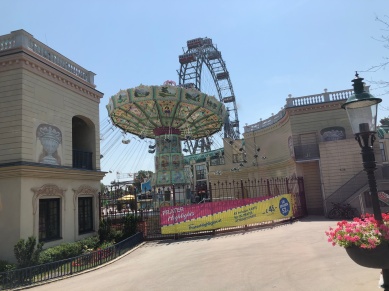 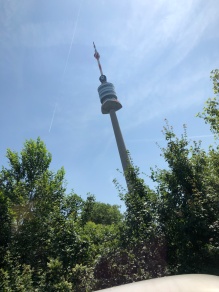 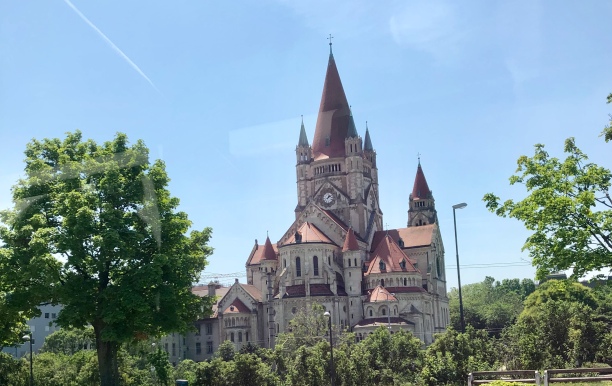 Playing tourist is hungry work! When I researched top things to do in Vienna, one of the most highly recommended was to visit the Café Central. 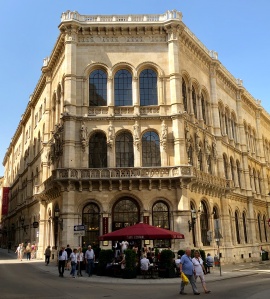 This famous coffee house opened in 1876 and was frequented by Freud and Trotsky, amongst others. The vaulted interior is amazing. 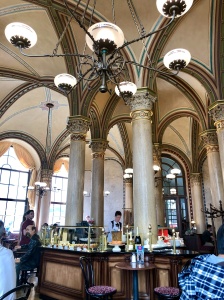 Equally stunning were the slices of strudel and sachertorte. Another must when in Vienna!

I was very impressed by the cleanliness of Vienna, including the facades of the buildings. Equally impressive was the discipline of the Austrians when crossing the road – a sharp contrast to France!

Public transport is another outstanding feature of Vienna. Not only the metro, trams, buses and trains but also bikes, scooters and horse drawn carriages. Although I might be stretching the point with my last example! 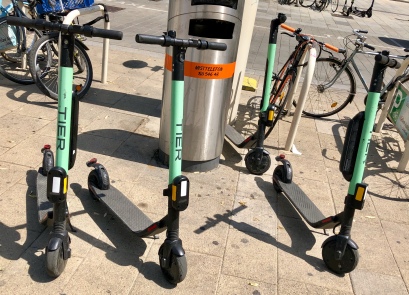 High on the list of places to visit is Hunderwasser House. This is very different from the traditional sights of Vienna. It’s a relatively modern apartment building, from the 80s, designed by Friedensreich Hundertwasser. I loved its quirkiness but Mr FF was not so keen! 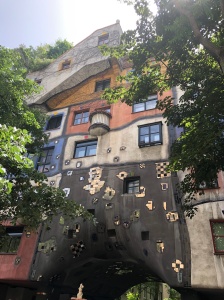 During our self-guided walking tour, we went through the part of Vienna that is home to the high end designer shops. Not that we entered any of them! 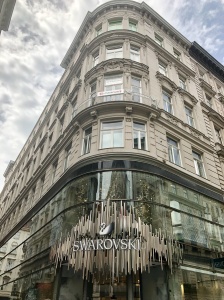 I was particularly impressed with the frontage of the Chanel store! 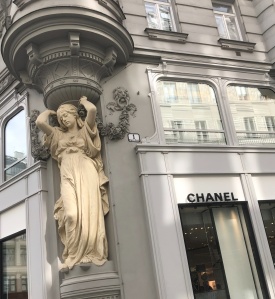 On our final day in Vienna, we decided to visit two of the most visited sights: the Belvedere Palace and the Schönbrunn Palace. We knew that we would need to spend a considerable amount of time at each of these palaces, to make the most of what they have to offer.

The Belvedere Palace consists of the Upper and Lower Belvedere. In the Upper there is a unique collection of Austrian paintings, including   the ‘Kiss’ by Gustav Klimt. In the Lower there are changing exhibitions. In between the Belvederes are the most beautiful gardens which reminded me of Versailles. 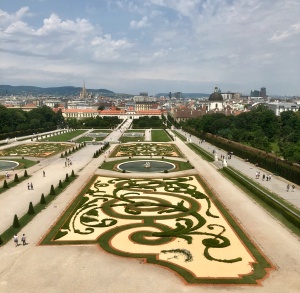 The Schönbrunn Palace is a UNESCO World Heritage Site and consists of more than a thousand rooms. We opted to take the Imperial Tour which includes 22 of the State rooms and private apartments of the Hapsburgs. We took the self guided audio tour which was very interesting and informative. Taking photos is not allowed. 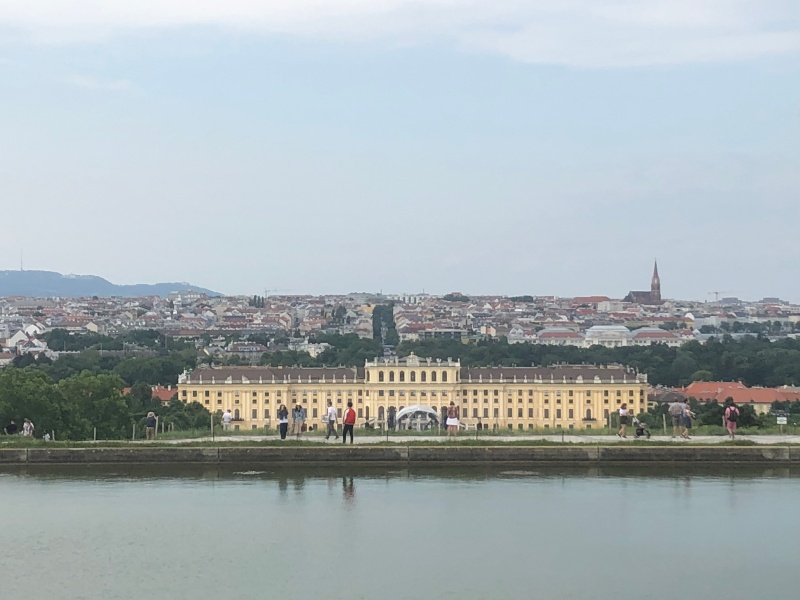 The vast grounds were equally stunning and we decided to let the small, tourist train take the strain so that we could get an overview. 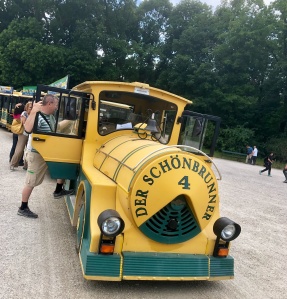 There was so much to see in Vienna that it wasn’t possible to cover everything in three days. I still have a list of places I would like to see.  It would be great to go back, possibly in the spring or even at Christmas to experience the markets. Then there’s Budapest or Prague…! Any thoughts?!