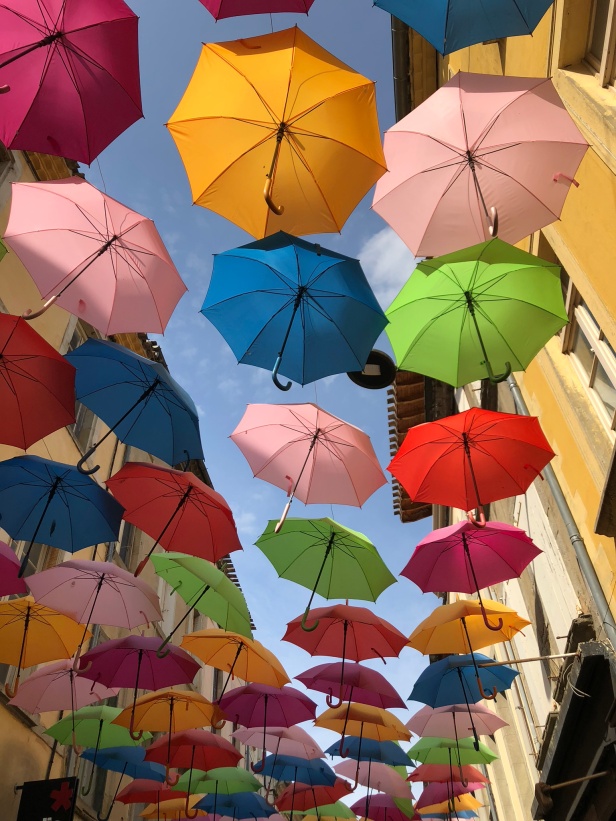 Our visitors mainly fly into Toulouse for a variety of reasons. One or two opt for Carcassonne. Last week, a friend came to stay for a return visit. Previously, we’d taken him to the walled Cité, so this time we planned to visit the lower town or Bastide. We had just enough time, after lunch in a local restaurant, before he had to be at the airport. Perfect!

I was particularly pleased that we would be playing tourist, as I would finally get the chance to see ‘Les parapluies de Carcassonne’; rather late to the party on this one! 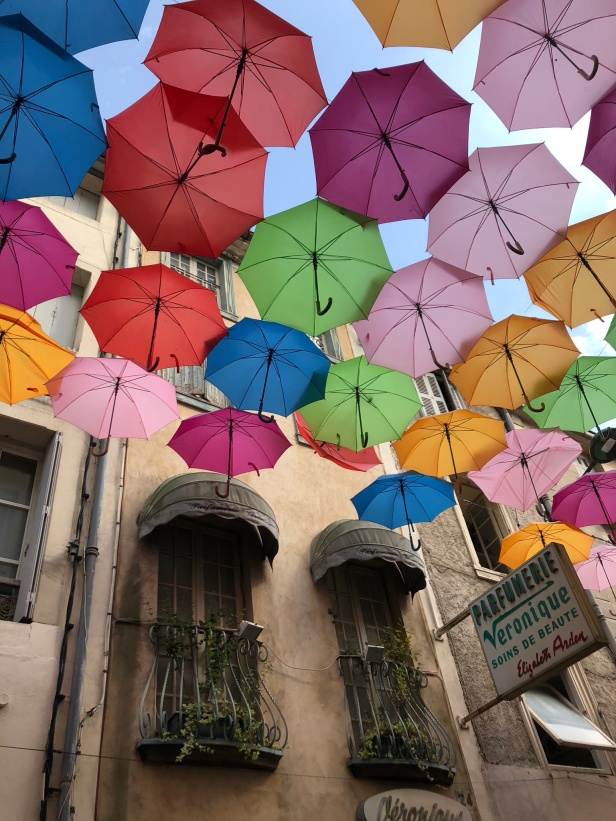 There are about 3,000 umbrellas which stretch for roughly half a mile, along the length of the pedestrianised streets. They are part of the Umbrella Sky Project which was began in Águeda, Portugal, in 2012.  The concept and design came from Patricia Cunha, the Portuguese artist who was born and lives in Agueda. 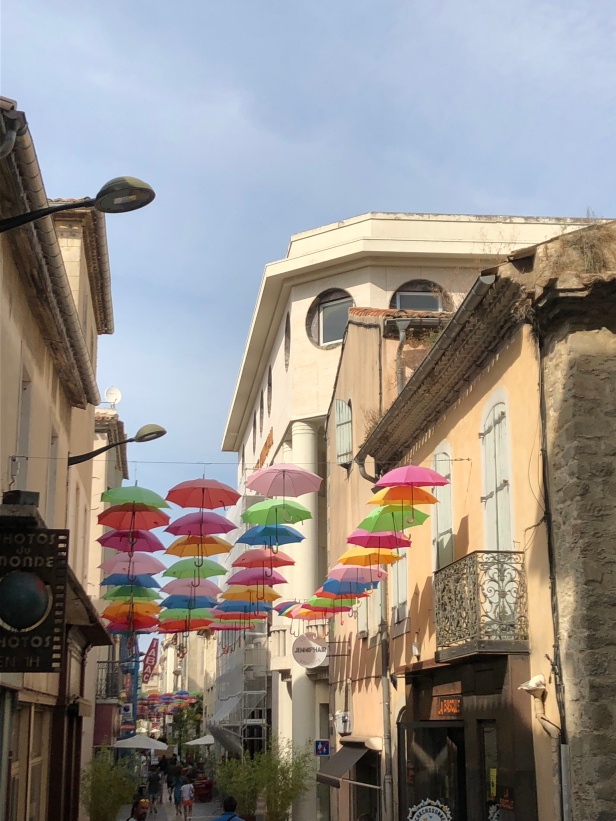 I have read that the idea behind the project was to make people smile. Well, it certainly worked for me. I didn’t imagine that walking under coloured umbrellas could make me feel so happy!

There have been many Umbrella Sky installations in other French cities and world wide. Have you ever come across one and, if so, what did you think of it? I’d love to know!