We returned to the UK in November and hadn’t really intended to visit our house, in France, until March. However, the pull was too strong! We wanted to see how our second home had survived the winter and we’d also  received a message from Manu, who was looking after our house, about a mysterious crack that had appeared in an external wall.

We arrived in Toulouse to beautiful blue skies.

And, once we’d reassured ourselves that the house was still standing, we hot footed it along the canal towpath, into Castelnaudary. 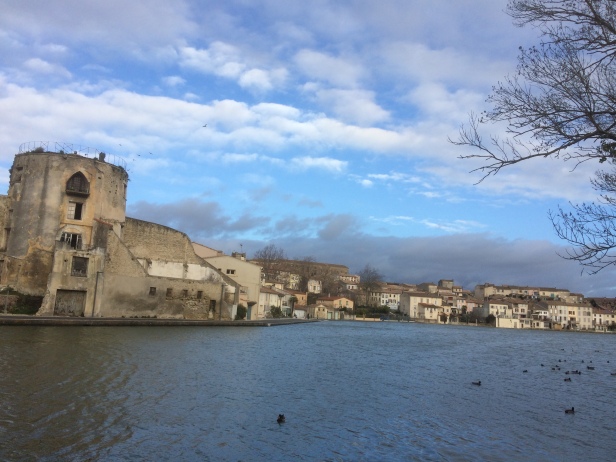 When we’re in France, food is never far from our minds, and having had a 5.00 a.m. start, we were feeling father peckish, to say the least. Our timing wasn’t great, as we arrived at our favourite café, at one minute to two; with the  lunchtime service usually  finishing at two. However, Madame took pity on us and sent one one of the waiters to the nearest boulangerie for a fresh baguette. 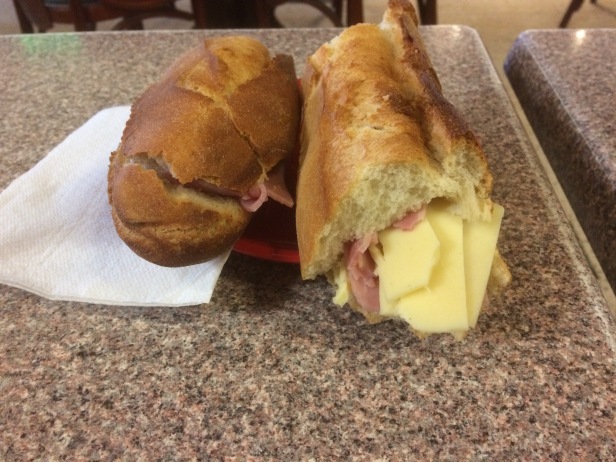 Never had a freshly made cheese and ham sandwich tasted so good! Especially when washed down by two beers.

I have enjoyed watching the Canal du Midi change according to the season. In January it was fascinating to see all the boats that have come into the port at Castelnaudary and moor for the winter.

Including those that are rented out in the summer for holidays on the Canal du Midi.

No trip would be complete without dinner at our local and favourite restaurant: Le Clos Fleurie. It was good to be back! Every course was delicious but I particularly enjoyed the café gourmand… Are you a fan?

The final highlight of our visit was lighting the open fire for the first time. Manu had organised a chimney sweep for us during our absence and it was wonderful to relax in our lounge in front of this: 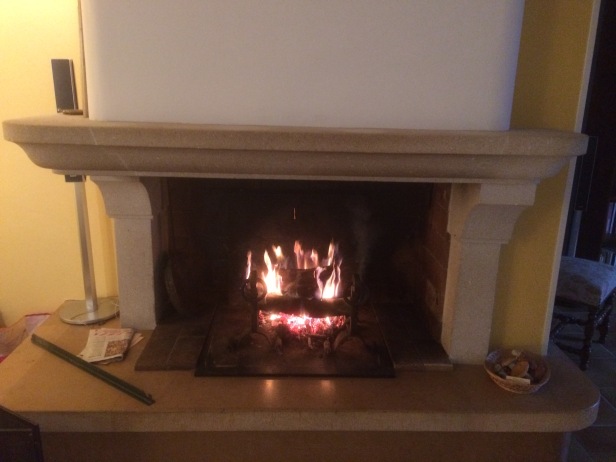 Although our visit was only brief, it was brilliant to experience another aspect of our home in Castelnaudary. Above all, it was fantastic to bump into people we knew, as we walked around the town. Having a sense of community is so important and we’re already looking forward to a longer stay in March.

One thought on “A flying visit…”